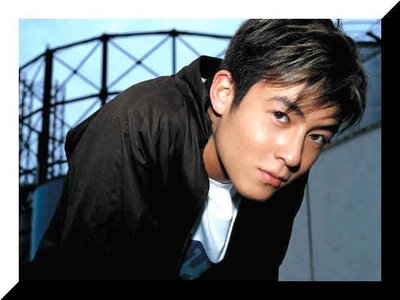 The text swam in front of his eyes. Zack Baker groaned and leaned back in the library chair. Despite all his studying, despite Donnie’s tutoring, he would be the only ninja in the Foot Clan who flunked American History. It was time to call study time over. He shut the textbook with an unexpected slam.

A presence stopped at his elbow. He pulled his black backpack out. “Sorry about that,” he said without looking up at the probable librarian. “I’m heading out now.”

He moved to pack, but a finger touched the ring on his right hand. The gold ring shaped into a copy of the Triforce made with gemstones. “I need Hyrule’s knight errant.” 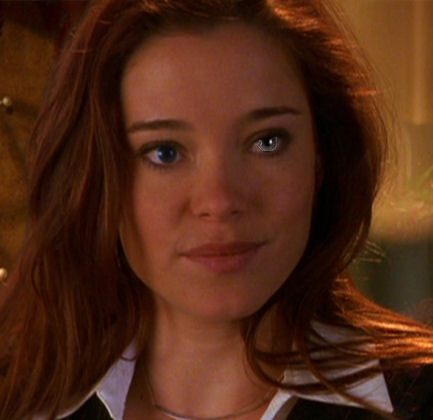 Zack looked up into the mismatched blue and silver eyes of the brown-haired woman. “Hi, Lissa. Is Zoe alright?”

He shoved his belongings into the backpack and swung it onto his shoulder. “There’s something you can’t do?”

“The Gensiarians put new rules into place after Agmaraa’s assault on Hyrule. I insisted.” Her nose wrinkled. “I should have let Zelda look them over to find the loopholes.” She sighed. “I’m afraid Lyle is lost and that’s preventing him from coming home. I can’t send his father after him because Josh is busy on a diplomatic mission for Zelda.”

“So I’m your only hope?” He matched her stride as they headed toward the library’s exit.

“You have experience, Planes-walker, and you are a friend of the family. And magic doesn’t frighten you.” Lissa’s smile warmed. “You are unique among the many universes, Zack.”

“I wish your timing was better, but I appreciate a warning rather than just having my world drop away from me. I can’t miss my finals, even if I do flunk them.”

“I’ll make sure you get back for your examinations. Do you have your weapons? Your cold iron and steel?”

“And a magic shield too. I’ve started carrying everything I’d rather not explain in my backpack of holding.” Had they met since he was given that magic item?

He turned to the door as they reached it and realized a purple glow outlined the doorframe. “Wait, where am I going?”

Lissa’s voice floated to him as the dark forest floor rushed up at him. “Somewhere over the rainbow.”

His arms and knees jarred with the impact, but he sprang up to his feet. “I need to explain the concept of intel to her.” The full moons streamed light through the cut in the trees. “Name of the world, major customs, who to trust.” He was on an old road. Plant life pushed up through what was left of the bricks. He scanned his surroundings. The smell of fresh cut trees was strong, and he found a fresh trail off the road made wide enough for vehicles. An orange glow filled the dark woods at the end of the trail. It also sounded like a drunken revelry surrounded the fire.

Zack pulled his sais out of the backpack He strapped it to his back, tucked the sais into his belt, and kept to the shadows as he crept forward. A bonfire created the orange glow. Some sort of military unit, about twenty guys in black trench coats, created the drunken celebration. They didn’t even have a guard posted. He needed to know what the situation was here before making friends, but this group fell short on commanding respect. Five large canvas wedge tents formed the perimeter of the camp. Zack skirted around them, heading to the largest one.

He created a hole by pulling out a few of the stakes holding down the canvas wall and slithered inside the empty tent. A lantern hung from the ceiling near the door, but the bonfire outside lit up the canvas flaps like a movie screen. A cot against one wall meant somebody slept here, but the tables of stuff meant it was a planning place too. He headed to the table closest to the back wall of the tent. Paperweights held open a map on it. The next table held a pile of tan canvas packs topped with a brown fedora. A shadow moving at the door of the tent caught his eye. He dove under the tables.

One of the black leather trench coat guys entered the tent, carrying someone on his shoulder. “The people’s princess,” he dropped whoever he carried onto the cot and crouched over her. “Time to touch your people,” he sneered.

She tried to buck him off, but with her feet tied together and her hands behind her back she had no leverage. The gag muffled her protests.

Bearded trench coat guy chuckled. “You’re a feisty one.” His hand groped her breast. Her head flailed, looking for salvation. His hand moved down her body to her jeans. “No Tin Man to save you now.”

So much for playing it smart and uncommitted. Zack crawled to the end of the tables and stood behind the trench-coat-wearing rapist. She saw him over the rapist’s shoulder. Zack laid a finger on his lips before striking. His hand slapped over the rapist’s mouth and pinched his nose closed. He pivoted the larger body off the cot as he jammed the sai into his throat. The larger man slumped to the ground, dead. He wiped the sai clean on the cot’s sheet before returning it to his belt.

The girl sat up now and her sapphire blue eyes opened wide enough to eclipse the rest of her face. Zack spoke quietly to keep the soldiers outside unaware. “I hope I picked the right side.” He pulled the iron knife strapped to his calf out and cut her feet free. “But that guy wasn’t following the Geneva Convention.” She was about his size but older than him, Zack noticed as he cut the gag off of her. “Are you okay?” 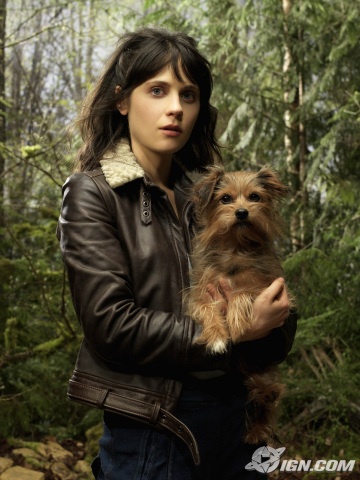 “Zack Baker.” He cut her hands free and helped her stand up. She was wearing jeans and a leather jacket. Maybe he wouldn’t stick out after all. “And I think we should go while the getting is good.”

She stopped massaging her hands and picked up the fedora. “I can’t go anywhere without my friends.”

“How many friends do you have?”

Zack frowned. “Five against twenty does not good odds make. Where are they?”

“Locked in the back of one of the Longcoats’ vans.” She smiled impishly and plopped the fedora onto her wavy black hair. “The doors face away from the fire.”

Glass exploded near the bonfire and laughter howled. Zack pulled his backpack into the tent. “Start looting.” DG gave a salute with two fingers, grabbed the maps and papers off the table, and stuffed them into the nearest pack. Zack opened the trunk at the end of the cot. A box that looked like a first aid kit, some food rations, a funny-looking gun, and five bottles liquor; he stuffed them all into his backpack

He had cut the sheet into five rags and stuffed them into his pocket by the time DG was pushing the packs under the tent canvas. She had also strapped a gun belt around her waist without bothering to adjust the baldric across her chest. “Ready?” she grinned.

“Hang onto your hat.” Zack squeezed out first, strapped on his backpack, and picked up two of the packs. DG picked up the other two, and pointed to the metal squares parked between the tents and the forest. The line of horses watched them. Zack touched her arm stopping her, and then cut the rope tethering the horses.

The unasked question filled her expression, but she led the way around the armored vans. She stopped at the one with a huge padlock. Zack whispered, “Did you get the key?”

She picked a straight razor off the ground. “No, they must’ve been on the commander.”

Okay, he wouldn’t want to search his dead almost-rapist either. “I don’t know how to hotwire, I’ll go back for the keys.”

“You are a Slipper!” She grabbed his arm. “They don’t use keys to start vehicles in the O.Z. I don’t think they have grand theft auto.”

“Can you drive this?” He pointed at the van with his thumb. “The trail to the road is on the other side of the camp.” DG nodded. “Can you show me how to disable the other one?”

She took off the fedora and crawled under the van on her back. Zack followed her. A soft glow filled her hand as she pointed to a black tube. “That’s the fuel line.”

“Be back in a sec. Don’t leave me.” It took half a minute to complete that sabotage. DG started loading the packs onto the floorboard of the van’s cab. Zack grabbed his backpack, pulled out the five bottles, and moved the lighter he kept in there for emergencies to his pocket.

DG stared at him, careful not to shadow the moonlight he needed to tie the rags. “Molotov cocktails?”

“When you crash a party, you should bring a gift.” And Leo had been so pissed Allie had taught him how to make them. “Unless you think these guys need an opportunity to follow.”

“Longcoats are scum. Let them have it.”

“Yeah, and you sound like you’re from flyover land.”

“I was raised in Kansas.” She started the van. “I’m not too good with reverse with these things.”

Her grin was dazzling. “You and I going to get along like Batman and Robin. Hang on!”

As the van surged over the uneven ground, Zack appreciated the warning. The Longcoats scattered ahead of the van. He pulled himself partly out of the door window and lobbed the first Molotov cocktail at the closest tent. The canvas lit up.

The horses screamed and bolted as the tents combusted. The reinforced bumper of the van pushed the bonfire logs out of the way. He dropped back into his seat and braced himself. Apparently, the O.Z. didn’t know about seat belts either.

DG managed to get more speed out of the engine as they turned off the trail and onto the old road. She made a noise crossed between laughing and squealing. “That was great!” An explosion rocked the van. “What was that?”

Zack stuck his head out the window. “I think their munitions supplies just blew up. That should keep them busy. Do we have a destination?”

She spared a glance to him before focusing her blue eyes on the road again. “I don’t think we should plan too far ahead. Put distance between us and the Longcoats, and then we find a can opener to get my friends out.”

“Sounds reasonable. I’ve been here less than an hour and haven’t had time to make plans yet.”

“A travel storm hit New York? They’re like tornadoes only they end up sending people here.”

He shook his head. “No, I was sent here to look for someone, a friend. And I’m glad his mom decided not to use a tornado to send me here.”

“It’s not fun. So what were you doing in the Longcoats’ camp? Not that I’m ungrateful for the rescue.”

“Trying to find out where I had ended up. I didn’t even get an exploding tape telling me what this mission is. This is the O.Z.?”

“The Outer Zone. Earth is called the Other Side.”

“How long have you been here?”

“Five months,” she answered, swerving to avoid a tree.

“No tornadoes back to Kansas?”

“I have reasons to stay. Oh uh. Hole!” She tried to swerve to avoid it, but the right front wheel hit it, causing a bang underneath the van. DG leaned her forehead against the steering wheel. “We really need to get the roads fixed.”

“Guess it’s time to find a can opener now.”