Disclaimer: I do not own Street Fighter: The Legend of Chun-Li and I make no money off this work.

The characters M. Bison, Chun-Li, Rose Bison, Balrog, Vega, and Charles Nash as used in this story come from the movie: Street Fighter: The Legend of Chun-Li.

This story takes place after the climatic fight between M. Bison and Chun-Li in the film, but before she sees the advertisement for a tournament in Japan. 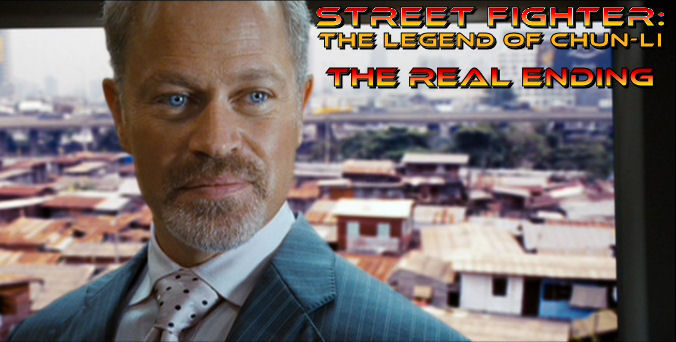 The underling swallowed hard as he paused in his report. He wished he had not lost the office draw on who had to give news to their boss. "The Thai government has seized the assets of the holding company, as well as stopped the demolition of the slums."

The man in the grey business suit did not turn from the plate glass window, looking down at the night life. "Enough assets were left behind to fool Interpol into thinking they crippled Shadaloo?" His accent was vaguely Asian, sounding even more so coming from so fair a Caucasian.

"Yes, sir. All business that Interpol was aware of went through that company, and all reports we have received say that their analysts believe all income is accounted for."

"Five countries only, mere pocket change. What else?"

"The cloning program was a success, despite the flaws in the copy. No one has raised any suspicions about M. Bison not being dead. But we lost Balrog and Vega." The boss didn't look too upset so far, maybe there was a chance he could get out of this briefing with his teeth intact.

He glanced down at the notes in his hand. "Arrangements have been made for her to have psychiatric counseling in Lyon, France. Agent Charles Nash has also spearheaded a fund to take care of her once she is able to make plans for her future. There have been discussions of the possibility of attending university, once she has recovered from her traumatic distress."

"Traumatic distress, isn't that a nice way to describe the shock of seeing your only parent killed right in front of you?" The blond head shook with a sigh.

"The Interpol reports also mention Stockholm Syndrome." The underling locked his knees so they wouldn't knock together.

But his boss only sounded amused. "And they wondered why they could never catch the monster. Clearly, I had my daughter locked up in a dungeon brainwashing her instead of attending the finest boarding schools in Europe. Send in our own psychiatrist, infiltrated slowly, to monitor her treatment. I don't want worse damage to her mind when I reveal the truth to her."

"Yes, sir. The recruitment campaigns have already begun as well."

"Excellent. I'm sure this is the best way to find replacements of Balrog and Vega's caliber, not to mention entertaining. And if the authorities have issue with the tournaments that is all they are. Pure entertainment." The underling took notes and glanced at the office door behind him. There really couldn't be much more left to cover. "The Interpol agent who led the attack in Bangkok."

So much for the meeting ending on a pleasant note. "But sir, no one suspects you are alive and they think Shadaloo is destroyed. If there is a revenge killing on Charles Nash, investigations may start again."

M. Bison turned from the window with a pale face carved from stone. "He touched my daughter. I could let that go, if he had rushed her to safety. But no, he wandered around the compound with Rose in tow to find me and the schoolgirl. Interpol should count it as a favor."

"Good. And get a stylist while you're arranging that." He turned back to his reflection in the mirror. "I think I need a makeover for my resurrection."