All the above characters belong to whoever holds the rights. I'm not trying to steal them, just borrowing them for a little while. I wrote these novels out of my love for the Turtles and their universe.

Allie Baker, Zack Baker, Billy Baker, Clin-san, Sammie Yutang, Taro, and all other characters belong to me, so please don't borrow them, but feel free to draw them and send me a copy of the artwork. 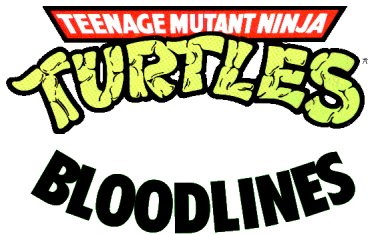 The ninja slipped into the darkened room and bowed to the man seated behind the desk. "I found the information you seek, Master."

The man seated at the desk never moved. He stared at the ninja letting the shadows mask his face. "What did you find?" He asked harshly.

The ninja pulled out a sheet of paper. "James Lee Baker and Amanda Keene Baker, wife, died eleven years ago in a fatal car accident. Survived by three children: William Keene Baker, now age twenty-one; Allison Lee Baker, now age fifteen; and Zackery James Baker, now age eleven. The two younger siblings live with the oldest one who is a police officer." The ninja looked up, "He is the one who wants to cause trouble for us."

"Excellent," was growled at the ninja. "We shall destroy the oldest ourselves. Contact the lowlifes we met for the other jobs and hire them to destroy the other two."

"Yes, Master," the ninja bowed again and left the room.

His master turned from his desk and stared at the sword-display stand set against the wall. Set on top of the swords, in a place of reverence, was a metal helmet. Made of a stiff mail topped with a four-pointed, three- bladed wind-swept, silver-colored crown, it was the highest honor of the new Foot Clan. The ninja's master took it into his hands. "First my leadership must be assured. Then, my dear brother, I shall find the creatures that killed you and vengeance! Yes, vengeance! And I will succeed in recreate the Foot Clan in your name!" With chilling laughter, he set the helmet over his black hair.

The punks loved it. This job was simple, break into the warehouse and steal the boxes stored there. Not a cop in sight and lots of money when they delivered. Couldn't be easier. But they didn't bet on four pairs of eyes watching their heist.

Donatello rubbed his chin as he watched the boxes move down the line of thieves. "I estimate about thirty or forty."

Raphael shrugged. This wasn't any different from anything else they had done since getting back from ancient Japan. "Ten for each of us. What happened to the challenge in this line of work?"

Leonardo nodded, "Okay, on three." He brought down his fist with each number. "One. Two. Three!"

The four Turtles jumped off the catwalk shouting, "Cowabunga!" and landed in the midst of the punks who dropped the boxes and prepared to fight.

Michaelangelo faced three men at once, carrying a stereo on one shoulder. Perfect. "Hold up a minute, dudes." He set down the stereo and turned it on a rocking beat. "I wanna teach you this new dance." He threw an arm to the left, then an arm to the right, faced forward, and trotted up to the men. His hands came together with their heads between them. "Awesome!"

Leo flipped over to a line of punks. "Let's play dominos, guys!" He kicked the first one down and he took the rest of the line down with him. "Radical!"

Donnie extended his bo between two skulls and knocked out both thieves. "Thermoelectric!"

Raph scratched his head. "Hey, Donnie! For the sake of our audience, I think you better stick to English!"

His brother glared at him as two more punks joined the growing pile of unconscious ones. "It is English!"

Leo loved sword tricks. He constantly tried them out on unsuspecting criminals. This guy was no exception. He started juggling his katanas and the idiot watched the swords, so he never saw Leo's fist hitting his face. Leo caught his swords and frowned. "I need more practice." The Turtle looked up to the empty warehouse. "Where'd they go?"

Raph dusted off his hands, "I guess we were too much for them to handle. Big surprise. Mikey, whose crates are these?"

Mikey bent down and scratched his head as he read the name on the label. "Calhoun Research, Inc."

Donnie shook his head. "Another scientific firm. Is nothing sacred any more?"

"Well, these guys are definitely hired goons." Leo dropped another one on the pile. "There's not enough brains in this group to turn on a light switch."

"If I was Calhoun," Mikey joined his brothers, "I'd research on some better security." His brothers groaned.

Chief Sterns was in a foul mood. If the tip was right, this was another Hi-Tech Robbery and those Teenage Mutant Ninja Turtles had beat his force to it. That O'Neil would jump all over his case with that. If only he could figure a way to prove that she was in cahoots with them. "Bust down the door if you have to! I want in!" One rookie manipulated the battering ram to heave into the door when it flew open before he touched it. His force carried him through the open door and to the ground when he tried to stop. Sterns stepped over him, smoldering at the net full of punks gradually coming to. "Cut them down!" he snarled and stomped off.

April looked straight into the camera with her most serious expression. "There are no new leads in the Hi-Tech Robberies. There have been five previous burglaries and another attempt that the Teenage Mutant Ninja Turtles foiled just hours ago. Chief Sterns had no comments on the development. Apparently, the police thought the Teenage Mutant Ninja Turtles were behind the Hi-Tech Robberies, and now have no idea who the thieves are or what their motive is. The thieves have only stolen computer components, laser pieces, and ingredients for plastic explosives from five of New York's leading scientific companies."

Pennington sighed and shook his head as April stepped off the sound stage. She wouldn't stay off Sterns's case, not when there was a story involved. "April, could you please tone down your "Trash Sterns" campaign. I don't want Dan to get into trouble over that again."

"I hate to be petty, Charles, but Dan got into trouble on his own--he didn't get any help from me." She quickly swallowed a glass of water, wondering if the job of editor-in-chief turned everyone who held it into a worrywart. "Besides, Dan's keeping his nose clean this time around."

"He is," Pennington nervously pulled at his tie. "But this Turtle business and Sterns... I'm afraid he's going to be caught in the crossfire."

"Dan's a good kid; he's not going to get into any trouble." April weaved her way through the cubicle desk to her office with Pennington tagging along like a lost puppy. "And as for this Turtles business, I think this city forget entirely too easily what they've done for us. Especially Sterns!" She slammed her office door shut.

"You would think that," Pennington muttered.