"You were expecting maybe turtles?" -- Modo

I don't remember when I first saw "Rock 'n Ride." I must have started watching Biker Mice From Mars at the end of their Saturday morning run and the switch to weekdays--which Fox put on in the mornings; Disney Afternoon filled the after-school hours--but I was hooked. I don't remember what episode I saw first. Not that it mattered when I got up a half-hour earlier than I needed to just so I would be dressed and could watch them. That's how I got up every morning my senior year of high school.

The first time Modo uttered that line, all the "what if" receptors fired in my brain. When I saw the following exchange in "Chill Zone"

Throttle: "Oh no, man! You don't really want toys that look like waterlogged reptiles, do you?"
Vinnie: "Yeah! Fuzzy and buff is where it's at!"

it was cinched. This crossover was destined.

Biggest problem with destiny is it never gives you a clue of how much work is involved.

So in the summer of 2000 when I started rewriting "Jack-of-All-Trades" into Shatter Your Illusions, I also took notes on the stories I was dreaming up that would become the Wars Are Won By Those Who Dare series. I initially had the crossover as the second story, set before Reunions and after Teenage Mutant Ninja Turtles: The Ronin. Laughing at my own notes, this is a great example of how ever when you write it down, the story is not carved into stone until is is written. And even then it's up for revising. This story had four outlines before it was finished.

My initial idea was always to have Sparks kidnapped. It was the scene I had envisioned. I guess I was afraid of plopping him into the hapless victim role too soon. The second outline continues with this thread.

After all that, I have a note to myself. "Changed mind again--want Sparks there so he and Zack can become friends." And after that I began to structure the series, formalizing different stories' places in the timeline. I realized for Turtles' side the crossover would have to take place three months after The Ronin, making it the fourth story for the series. The third outline is from this point.

I'm sure this is way more info on the creation of the story than anyone anticipated. Course I have a notes list for things that occur to me no matter when they fall in the series. The crossover notes that were eventually incorporated: I won't bore you with the formal entire thirty chapter outline, which is what the fourth outline is. I'll just show you Chapter Twelve, which you can see by the prior notes I came up with during the writing of the novel and it bent the fight and the ending a bit. All in all, it only took a little over three years to complete. Probably wouldn't have taken that long if I hadn't insisted on stopping and working on other projects.

Other issues: Another story everyone uses to put me in the Carbine Haters club. No, I'll be nice after posting so many notes, and not post the comments made by those who put me in it. I'm supposed to let stuff like that slide off, but it irks me especially after I've done told the person I'm not and then have to explain what I'm doing. Oh just wait for the series conclusion already.

I want to thank Morning, Kira, and Jazz for the beta reading often under the pressures of needing to post the next chapter that night. I finished writing the rough draft on February 20, 2003 and started posting it at FanFiction.Net the next month. That posting finally finished on October 6, 2003. Wars Are Won By Those Who Dare: Family, Friends, and Foes was posted to the Library on June 27, 2004. 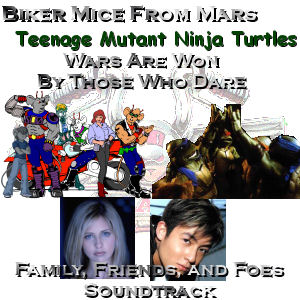 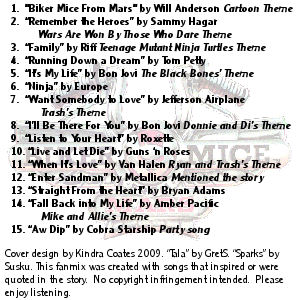