Thanksgiving has become a bittersweet holiday in my family, but after I had conceived this story idea. Back when I was planning the Wars Are Won By Those Who Dare series, I realized holiday stories were popular: Christmas, Halloween, New Year's. I was going to do Mardi Gras later, and nobody had used Thanksgiving.

It is an American holiday but being thankful for blessings and family is a universal theme. It is the perfect holiday for exploring Charley's past and showing proof that this band of Martin mice and humans have become a family. And if you aren't convinced by this story, Turbo should convince you.>

Let Us Give Thanks was planned--like the rest of the Wars Are Won by Those Who Dare series--but it was my cousin Austin's death on November 16, 2003 that goaded me to start it. Before I was done, I lost a second cousin, Savannah (Austin's niece) to brain cancer on October 3, 2005. Then 2006 Thanksgiving was followed with my maternal grandmother and a pair of uncles (both her sons) all sent to the hospital on the Monday after. My grandmother recovered, my uncle with brain cancer had surgery and is doing well, and my uncle with stomach cancer was too far gone and died December 2, 2006. So uploading this story to FanFiction.Net got interrupted for a few months before I realized it wasn't finished.

So I hope you've enjoyed my blatant holiday story, Wars Are Won By Those Who Dare: Let Us Give Thanks. I doubt I will attempt another one any time soon. 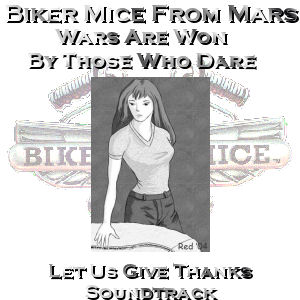 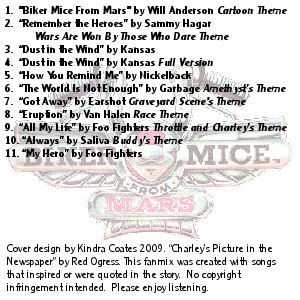