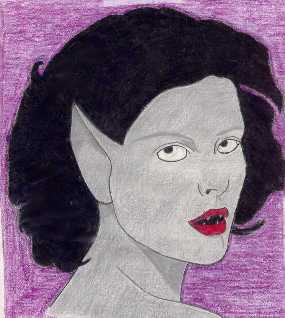 During the summer of 1998 while eagerly awaiting the second season of The Gargoyles Saga (an excellent fanfic continuation of the Gargoyles cartoon series, beginning at the point in the arc when creator Greg Weisman left the show), I became involved in the TGS Comment Room. The persona I developed in the room was a halfling gargoyle named Cassandra. She was over three-thousand-years-old, was from Troy (Homer and the rest of those Greeks got a few facts wrong), and has prophetic visions that no one believes. 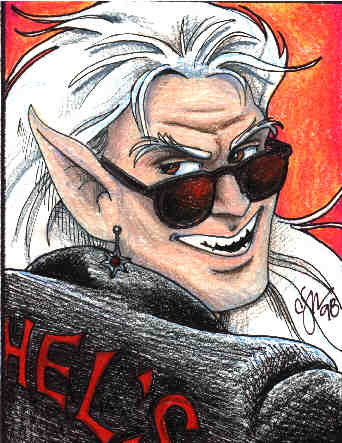 At the same time, the TGS Staff--in part to keep us rabid fans off their backs--asked that we turn our creative energies to writing our own fanfics. I realized that I wanted to tell Cassandra's story, have her join the Manhattan Clan--mainly because no one seems to take Goliath up on his offers--and use Loki as the villain. Three months later, A Storm of Things Foreseen became my first fanfic available for stranger-review (reading and criticism from people who I have never met) and my second story to find a home on the Web. The title is a line from the tragedy Agamemnon by Aeschylus. Cassandra of Troy is a character, and he got some of the facts wrong, too. The title of the series--A Mist of Prophecies--comes from the same play. I decided on naming the series after I finished the third story in the series in July, 1999, and realized that there are a few more stories in this series.