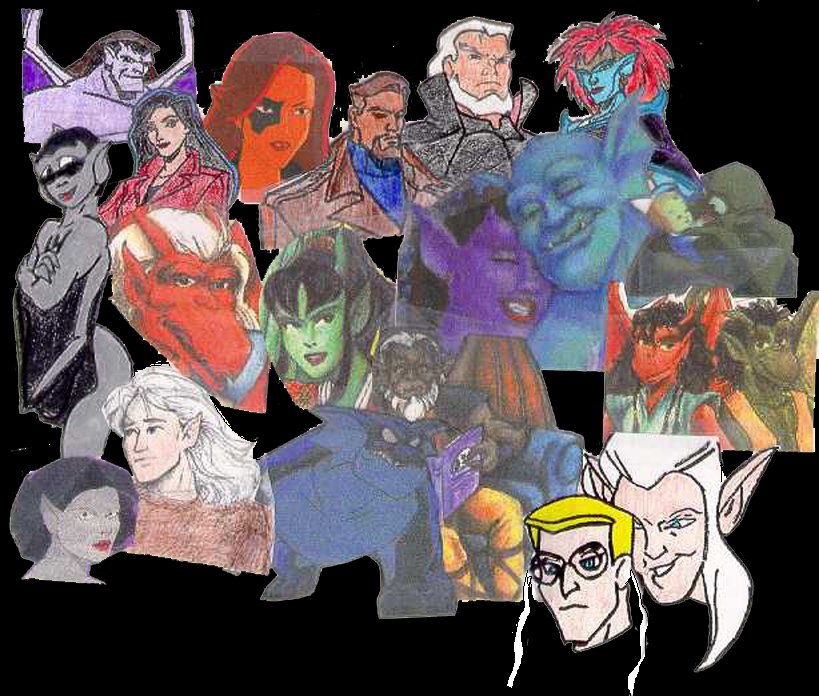 Lex Wyvern gave me permission to use this artwork as long as I put up a link to the Clocktower. Here it is. The artwork by Christi Smith Hayden was all done for The Gargoyles Saga.

Readers of The Gargoyles Saga will notice that Umbriel is alive and well in my story. My series diverges with the TGS series right after the second season episode Gargoyles: Strange Bedfellows.

My Gargoyles series; yet another series I began without planning to. Once I finished this story--the third in the series--I realized the series needed a title. Especially since I have five or more stories left to write. My sister finally helped me decide on A Mist of Prophecies (another quote from Agamemnon by Aeschylus) as the series title. All three of the Gargoyles stories I have written--A Storm of Things Foreseen, Shivers the Heart to Hear, and TimeDancer: The Party--now fall under this title.